Hurry up and wait...

The first leg of this trip was from Melbourne to Doha, where we only stayed briefly; This airport however felt like stepping into the future, complete with robotic trains. Everything was super clean and well laid out.

After a 16 hour flight on a Boeing 777, we switched to a brand new Airbus A380 for the remaining 7 hours to London. Simple things like having slightly more legroom and a modern entertainment system made the world of difference, not to mention the fact we had an empty seat next to us which allowed us to get up and walk around without - perish the thought - mildly annoy our row-buddy.

Heathrow dealt us with a rather shall I say direct immigration officer who was having trouble believing that we were here only for a day. It didn’t help that we got some rather poor advice from our travel agent to wait until we got into London to book the flights to Iceland. If we had those flights we would probably been fine. Anyway, lesson learned.

Not actually the customs officer 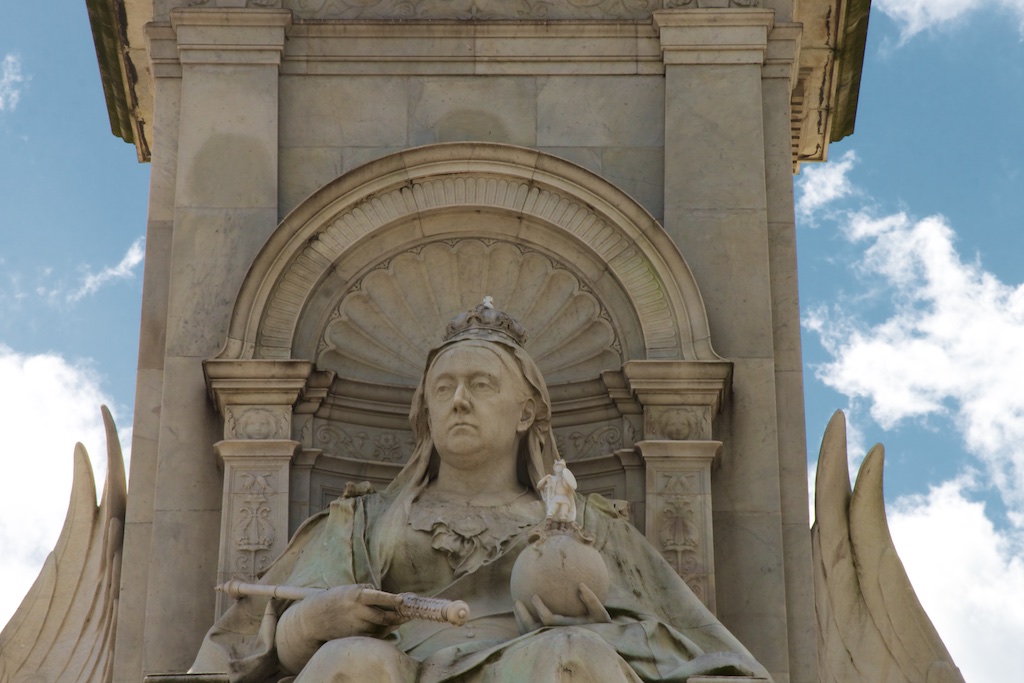 Once we travelled on the Tube to the city of Hounslow where our hostel was, we finally got to see London up close. Hounslow is an interesting town. My first impression can be summed up as “Dandenong with nice cars”. It’s tricky to get a handle on the socio-economic position of Hounslow; On the one hand, the houses look a little run down, but on the other, a townhouse in this condition goes for close to a million dollars Australian.

We checked into the first hostel of many, housed above a pub called The White Bear. Jess and I shared a room with two other gentlemen, one of which had no concept of inside voice as he walked in having a rather exited conversation with someone in Russian, or at least a language that sounded somewhat Russian. However, I can’t really hold too much resentment, as having slept for about 3 of the last 30 hours, Jess and I crashed at about 8:30pm London time.

After awaking at about 5, we wandered around a bit and tried to figure out the best flight to get to Iceland, and we settled on a 7:35am flight on Easyjet out of Luton on Wednesday. The only problem with this was that getting to Luton can be something of a pain, and we didn’t want to fork out for accommodation at a hostel near the coach terminal only to have to leave there at some ungodly hour of the morning. So instead, we decided to head to Luton at about 10:30 and wait it out.

The Easyjet departures lounge at Luton 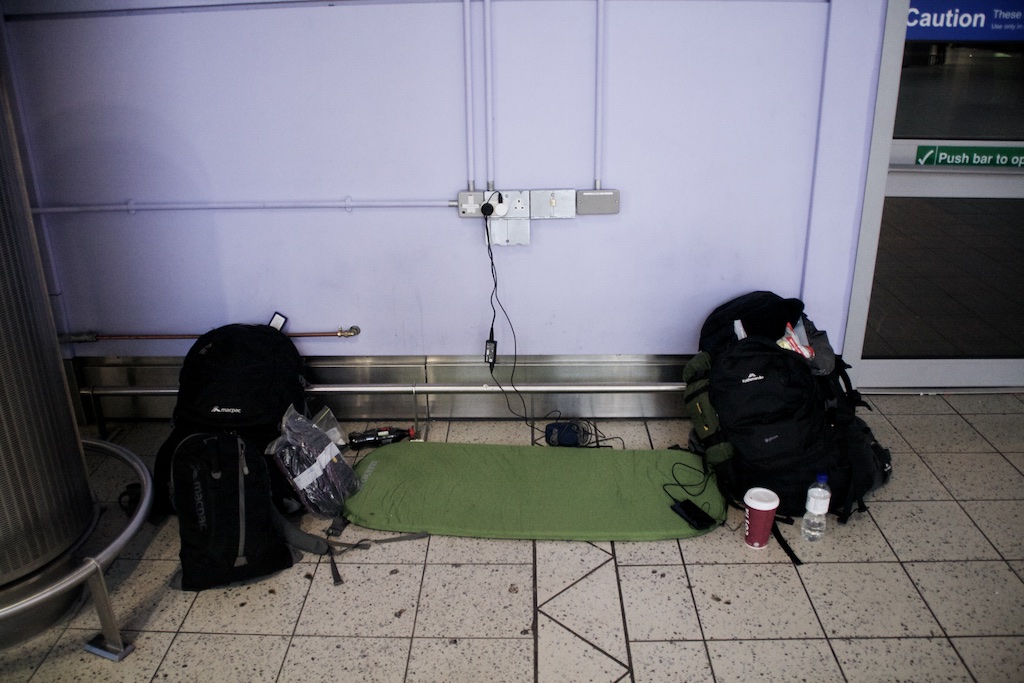 This gave us some time to see a few sights in the centre of London, and get annoyed at all those darn tourists. At leicester Square in particular, they were positivley endemic. My attitude on this issue is completely free of hypocrisy. 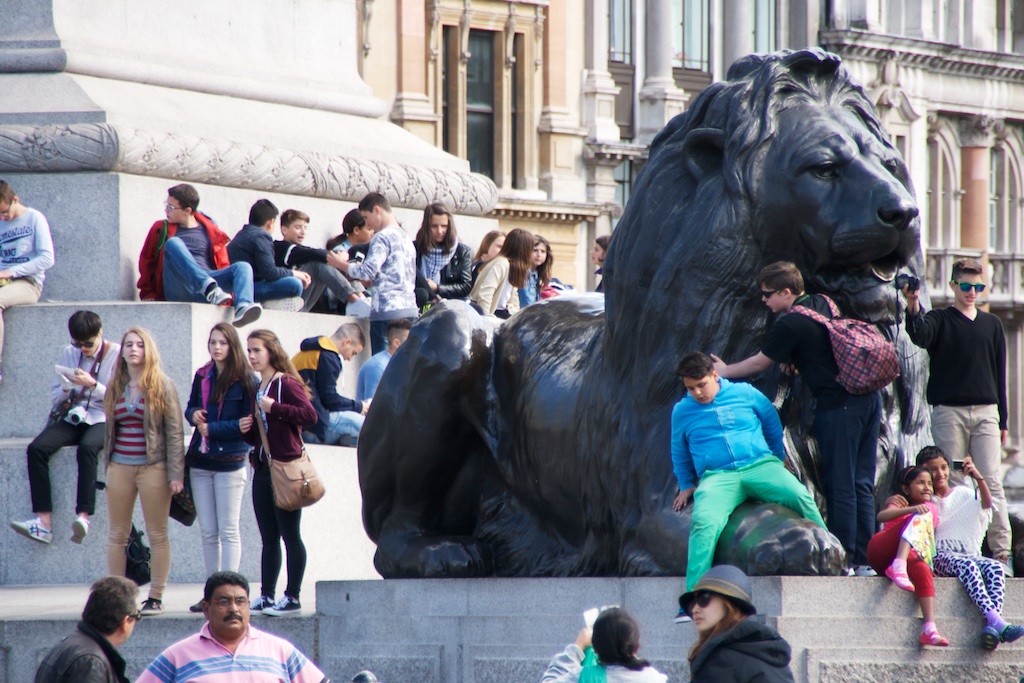 Still, the feeling of seeing Buckingham Palace, The Thames, Big Ben and Leicester Square in person after having seen them on TV and in the movies was as good as I hoped.

After bumming around at Victoria station for a couple of hours, and taking advantage of the Sainsburies ￡3 meal deals, we caught a coach to Luton. As I finish this blog post, we are currently sitting in the departures area, polishing our “hurry up and wait” skills. Never have I looked forward to checking in at an airport this much.

I thought the police in Britain didn't carry guns. Machine gun wielding bobbies were also at the train station! 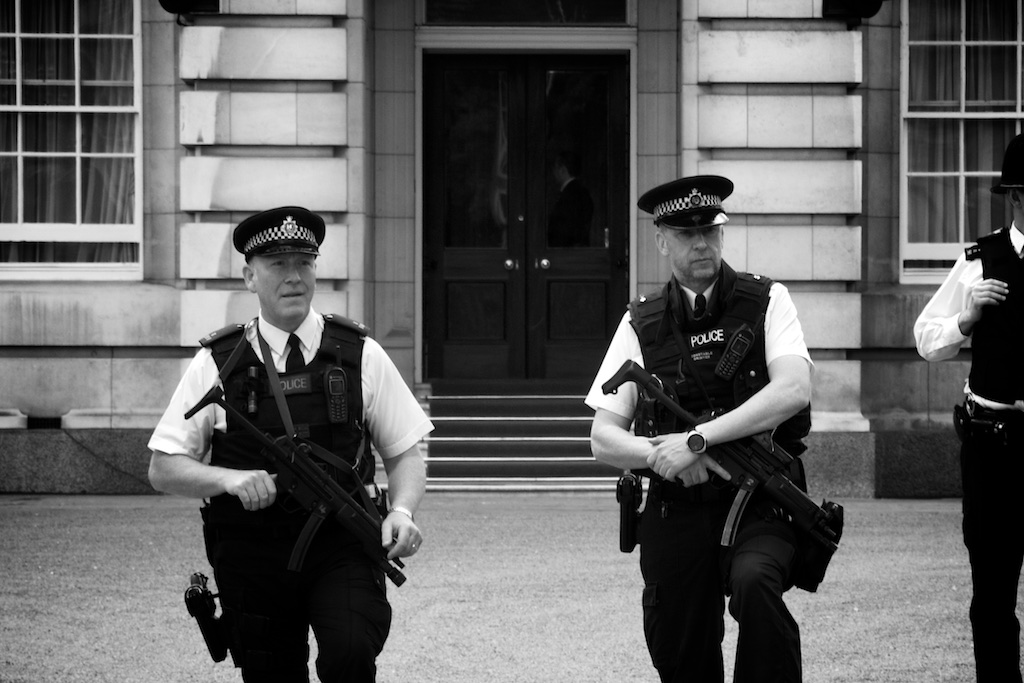 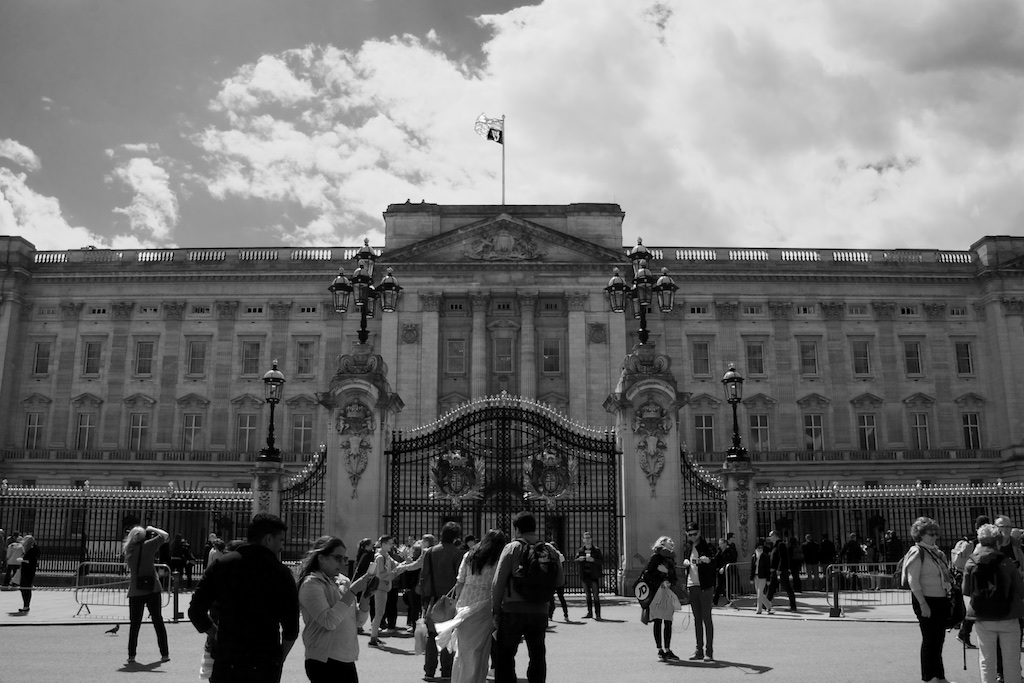